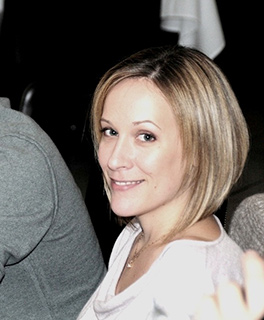 PC-Could you tell us quickly your introduction to poker? How did you discover the game and how did you do your classes?

I discovered poker there about 8 years, thanks to Olivier "Latinsnake" Racine. At the time, we were a couple, and each time he learned something about poker, he shared with me. Olivier has an incredible ability to popularize the concepts and clearly verbalize taken consciences. It gave me a good boost from the outset to understand the basics and essence of the game Thereafter, I continued my learning by reading the majority of books available and almost everything that we could find on poker forums, while continuing to interact with Olivier and meet occasionally to coaching sessions. Although our personal relationship that has ended, we remained good friends, probably largely because of our shared passion for poker.

It still took me a long time to consider poker as anything other than a simple hobby, given my aversion to risk, and little fiber "gambler" who was in me. So I had to work very hard on many aspects of my personality to get where I am today.

There are 4 years old, I first met Gabriel "GabyGaby" Morin. At that time, I played a very cute 12/8/2 at NL50 on Everest Poker, with a bankroll that I had meticulously Grinde, from scratch. Gabriel was already living the poker and he undoubtedly helped to raise my game to another level. It is thanks to him that I earn my living and today, it is no doubt. I witnessed his discipline, his lifestyle. I saw the results and I got somehow confirmation that it was actually possible to live poker. After about 3 months of cohabitation with Gabriel, I arrived at a point in my career where I wanted to change. In addition, I was freelance and my contract was due to expire.

PC-This is when you left your job field to become a poker pro?

Not exactly become pro, but to try! I had a cushion that kept me going a few months without income (without touching my roll) and I thought to play full-time enable me to achieve my goals much faster. I saw myself spending NL50 to be able to take good income NL200 in three months. Obviously, my goals were completely unrealistic. Every day at work with Gab, made me realize how much I was clueless ... Although my progression follows a decent pace, I felt wipe failure after failure. The famous phrase that I read in all the interviews "I dropped X amount and I never looked back" made me look all so easy ... but what I did wrong interpretation! Succeed in winning poker has been a constant work for me and I probably never arrive at a point where I'll feel you know enough. This period was very difficult, but ultimately I knew I could do it. This was what I wanted to do and I have not dropped.

With hindsight, I feel I have always opted for ease in life, and have always managed everything with very little effort. It was the first time I really repelled my limits, and I was operating in a universe that was not obvious to me. Mathematics was my nemesis at school, or rather the only subject where I need to work to succeed. Moreover, I had always considered very Cartesian and logical, and the variance of poker has quickly made me aware of all the emotions inside me. It was not a foregone conclusion, but perhaps precisely what I needed to prove to myself that I was able to perform in the spheres representing a real challenge for me.

PC-How your entourage he take the news?

My father has never been afraid to change jobs or move to follow his passions. He has confidence in his abilities and opportunities, and I would say it was the same thing to me. In addition, it is a poker fan. So it has always been enthusiastic about the idea and has always supported me in my efforts. In my early days, my father played online and made millions ... to play money! From time to time he sent me playmoney 200,000 in PokerStars that I had fun playing here and there, just to give me a hand with the game and the software.

Regarding my mother, I think having a plan B, or get back into my field of work without much difficulty, helped get the pill. She never tried to dissuade me, but it is certain that she was worried. Today, it is less and is also set to play online. I went to see the end of July because she wanted me to coach for his tournament play. I spent about an hour to explain the main concepts. On August 13, two weeks later, she won her first tournament, finishing first 239 players! Then on Aug. 16, she handed it finishing in third position the same tournament! I watched her play two final tables at home and I was very proud of it!

PC-Do you live with your boyfriend now who is also a professional poker player, what are the advantages and disadvantages of such a cohabitation?

Benefits probably like any other couple where both spouses in the same job. Have a similar schedule, to exchange about our work, understand and share what lives or feels the other. Also be able to reflect and talk about a concept when it comes to our head, no matter what time is definitely a plus for the poker side of our lives.

What I realize over time is that the understanding of what the other lives is not necessarily transformed into compassion every day. When one of us complained constantly that things go wrong when he is playing, it is more the type to start a "If you tilt, stop playing, otherwise stop whining! "

For cons, I would say that it is easy to fall into isolation. You do not have to go out and meet people to play, mainly because playing online. Soon they find themselves in a kind of "bubble poker" where we do nothing else! We found a balance in the past two years, while Gab began to train, and I started volunteering and most recently, yoga! The association with Stardust is also a very good thing because it encourages us to go out and play live more often and I love it!

PC-When you were named for the poker pro Stardust Poker Mansion, how did you get this news? I guess you had to be pleased with the recognition that we gave you?

Yes, of course! To be part of a team which found some of the best players in the province, was definitely an honor for me. I try to do my best to be a good "ambassador" to the players and the general public. All the people I have met since the opening of Stardust are super friendly! Some players write to wish me good luck in tournaments, exchange, or ask me for advice on hands. I try to answer all the questions I get. It is certain that there are better players than me if you look only at the raw talent "poker". For cons, I know that I deserve to be where I am and I have a lot to bring to the Stardust.

It has often happened to me in the past that players come to shake my hand when leaving a table to tell me how much they had fun playing with me, or they had enjoyed watching me play. If people are having fun, I think it is most important. This is what makes you want to repeat the experience. I understand that poker can play with emotions, because for some win, others must lose. But I will never understand those who adopt an arrogant and unpleasant attitude towards other players at the table without reason. They definitely did not understand the essence of the game

PC-How do you think people perceive you on a poker table? Laurence says that being a woman in poker gives us an edge, are you agree with this statement?

When I'm playing live where the players do not know me, this is almost inevitable, someone will notice me he finds me good. I think they can not help but mention, as they are surprised. At the outset, we tend to judge a player on his appearance and attitude when it comes to the table. I am aware of my image, and I know very well that a woman will be underestimated at first. I do not know, by cons, how it is possible to take advantage. Sometimes I make "plays" during the first minutes of play at a table against the young players who seem to try to push me because I'm a girl. By cons, after a few rounds, the best players will try to assess your skill level and adjust accordingly. When less experienced players, they play their cards, as usual, regardless of their opponents. Ultimately, I do not know if that makes a big difference. Probably I managed to get a little more information than others, then a smile often helps me see the cards that a player was or folder mucker!

PC-Could you tell us about the accomplishment of which you are most proud of in relation to poker?

Laurence "LadyLuck" Grondin and I are volunteer Animal Rescue Network for 2 years. On two occasions we used the poker community to help us and we got a phenomenal response. Nearly $ 8,000 was collected and delivered to the total RSA. This is probably one of the things I'm most proud of, even if it is say, indirectly related to poker!

Poker is an individual game. There are no friends, no teams in the poker table. We are alone with our opponents and, with few exceptions, the fact of winning does not benefit anyone other than ourselves. There is a part of me that wants to help, to feel useful and to improve things around me. Having passed through the poker, to achieve this is quite an accomplishment.

PC-What are your plans for the future in relation to poker? Do you have a dream or a big draw?

I must confess that I've never been someone very focused on the future. I'm not one to make long-term projects. I like to enjoy the present moment, and stay on the lookout for what will come tomorrow. I will continue as in poker, it's obvious that I want to continue to improve, get better results, do other important final tables, and know a win in a major tournament.

I always have several projects in mind, and at least once a year, there comes a point where I think I left the poker forever! Haha. Most of the time, after a short pause, the desire to return to play me again ... then I learn something new, then I go on a trip, then I own an opponent in one hand, or I found my poker friends ... and I tell myself that I'm lucky to do what I finally do! 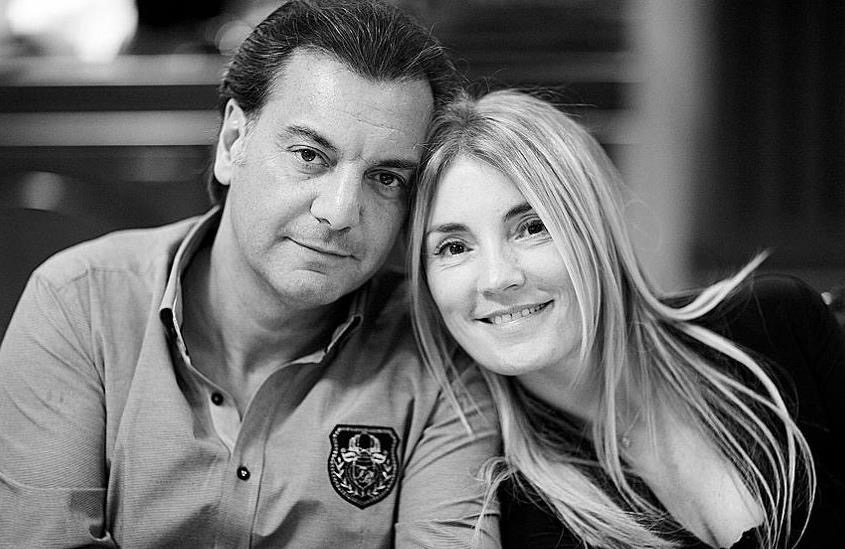 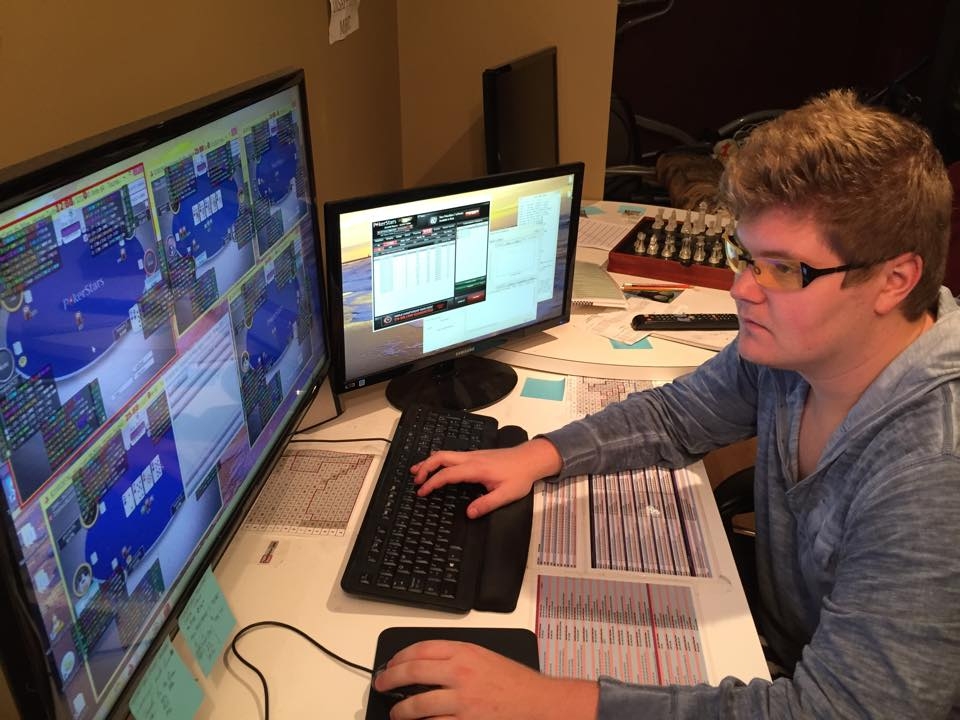 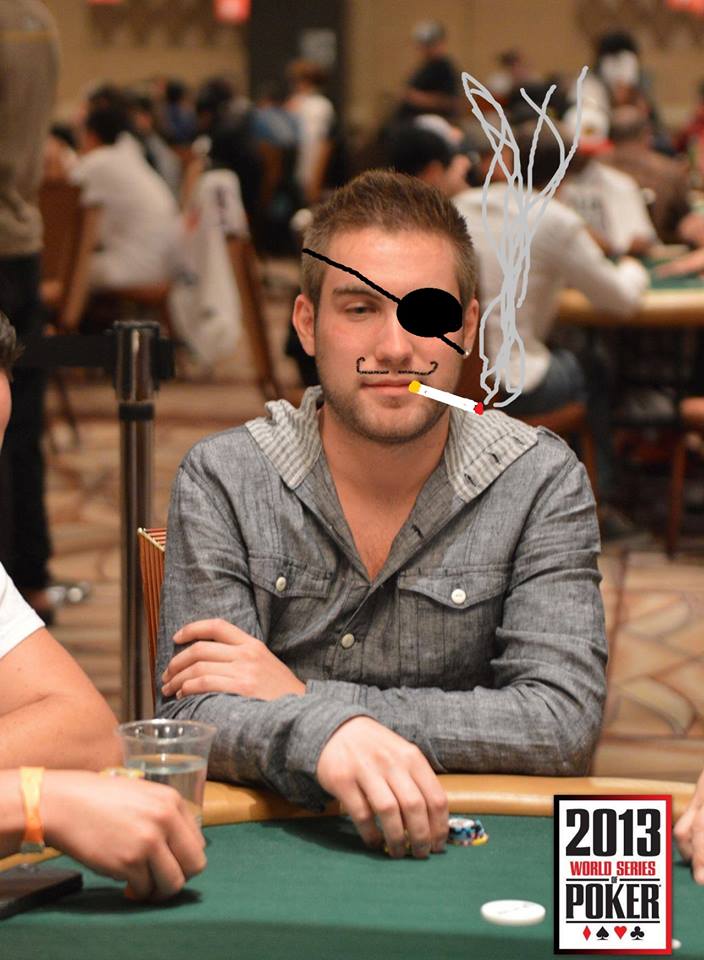