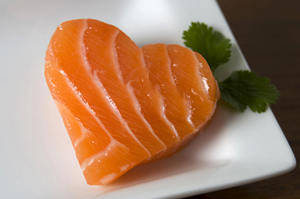 Last Wednesday, Bodog announced that they were going to do everything in their power to block sites such as Sharkscope, PokerTableRatings datamining, Poker Site Scout and PokerDB access to their poker room online.

The datamining began several years ago: once needed dataminer oneself. Now, with the proliferation of sites that sell the Hand Histories, it became easier for gamers access to hand histories that they have not played.

While sites like PokerStars and FullTilt Poker have made efforts in the past to limit the use of these tracking sites, sites like PokerTableRatings and HandHQ still exists... and are even more popular!

Most casual gamers do probably not even know the existence of these sites. In fact, traffic on these sites consists primarily of players pros/semi-pros. Knowing that these sites give an advantage to players who already have an advantage over the fish and that in addition, the fish do not know statistics and tracking software and that, eventually, fish don't know generally the rakeback... aren't we spirited to "take the poor" to help the rich? Is - not there to shoot oneself in the foot by allowing still digging the gap between good and bad players? The good player who uses Hold'Em Manager, combined with hand histories purchased and an offer of rakeback and which, moreover, strongly can multitable... don't dig - you were not here this difference? One can easily understand the reason why the parties are becoming increasingly difficult.

Some will go far as to say that the data mining is a form of cheating. After all, players can collect very precise data on players against whom they have never played. Others might draw a parallel with some sports: for example, hockey or football teams don't have the videos of the earlier parts of their opponents and statistics? Or broker on the stock exchange which has access to a very wide range of information in order to better analyze a title?

Moreover, it becomes extremely difficult to prevent the datamining. Bodog, which seems to embark on a crusade against sites like PokerTableRatings, likely to have any success. PokerStars and FullTilt Poker have tried previously, and they have failed. Therefore the chances of success of Bodog in their 'crusade' are probably close to 0%. Note that as of today, PokerTableRatings always sold Bodog hand histories... So if your tough opponents use methods like the purchase of hand histories to gain an advantage on you, why not would in you as much?

The arrival of the sites compiling / selling hand night histories certainly to the increasingly fragile ecosystem of poker. You're not convinced? Try to remember the first time you've heard the expression "bumhunter", those players who wish to play against anyone except against bad players... they arrive to detect without even have play one hand against them! These players seated at a table of HeadsUp 'sit out' time to consult your statistics on PokerTableRatings and who refuse to play against you.

In your opinion, is the poker ecosystem is at risk due to statistics and analysis software? Sites need to do all that is possible to eliminate the sites that sell / compile statistics? Why not make information accessible to all - fish included – so all left on a equal footing?

Give your opinion on the forum by clicking the following link: protect our fish!