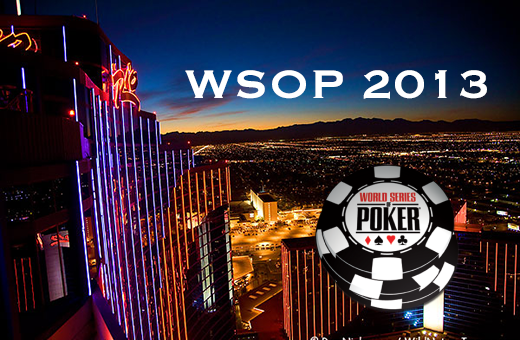 It is yesterday that ended this tournament ' em $ 5000. The final duel took place between Matt Perrins (UK) and Arthur Pro (USA).

For Matt Perrins, it was his 2nd career bracelet. His first bracelet had been won in 2011 in a 2-7 Draw Lowball tournament.

This tournament interested us strongly yesterday by the presence of many québécois in the race. As a reminder, here are Quebeckers that we followed with their respective place before yesterday:

13 Quebec, only 1 survived yesterday, but still many succeeded in making awards. Are in the order:

The action continues today but that there is more than 67 of 4756 players entered this tournament.

Good luck to Eric for this important day to come!

This tournament ended yesterday while several big names were present at the final table.

The duel for the strap held between Eli Elezra and Daniel Negreanu. Unfortunately for Canadians, it is the American Eli Elezra, who has had the best on Negreanu.

For Eli, it was his 2nd career bracelet in a WSOP tournament and his 32nd purse.

2541 players participated in this tournament to $ 1500. Among had, many québécois. At this stage, there are still 297 players in the race. Here is the list of Quebecers to follow for today:

The action will resume today so that we will know the fellows for this tournament. 270 places will be paid. The smallest grant will be $ 2.778 while the largest will be $ 609,017.

Good luck to all present Quebecers in this tournament!

386 players participated in this tournament of PLO $10K. After the day yesterday, 168 are still in the race, including 2 Quebec:

Only 45 players will be paid and the winner of this tournament will be provided $ 852,692!

Yet once again, we wish good luck to our Quebec in this event.

To discuss the performance of Quebecers to the 2013 WSOP, you can use our discussion forums: 9 Quebecers spend the day #2 in the #60 event