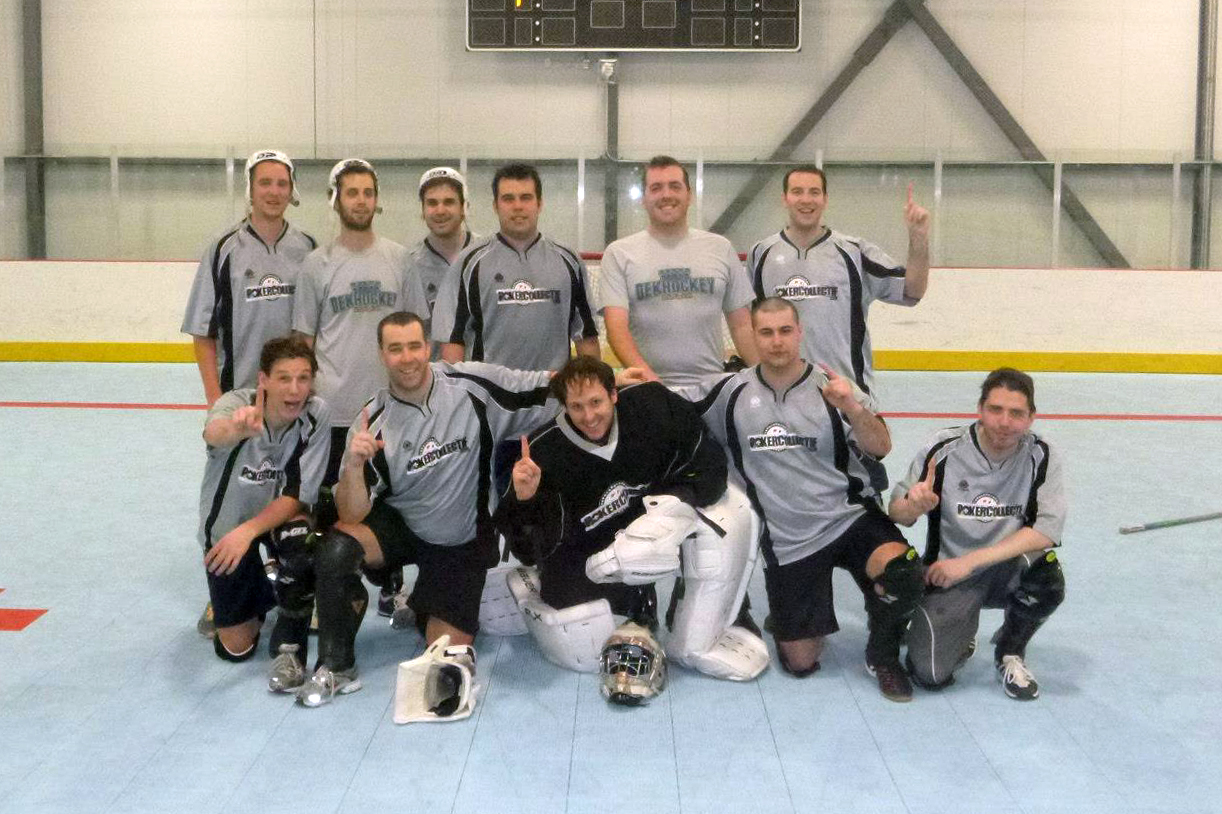 For the second time in three seasons, team PokerCollectif won the top honors in the capital (DDLC) Dekhockey. The team had a faultless in the qualifying round, triumphant first by a score of 5-2 in the 1/8th final, then 4-2 in the quarterfinals, followed by 2-0 in the semifinals, to ultimately prevail, despite the failures of the Sebasdess Cerberus in the final, by a score of 6-4.

Facekche finishes first at the level of the points with 4 goals and 11 assists in 6 games. Gazou007, meanwhile, scored 9 goals (and assistance) in 6 parts, finishing in the first row of the team in this chapter (2nd overall in the League). Takechip completes, for its part, the Summit for a defender with 6 goals and 3 assists.

On the photo:
Top row, from left to right: G6waa, Takechip, Gazou007, Jaco Poblete, Vince01, Actizol
Bottom row: Facekche, Pdebrosse69, Sebasdess, Philipoune, Holtnfrew.
Missing on the picture: Félix Duval, who had to leave at the end of game 1/8th final, after an injury to his face that required no less of 20 stitches to the face (take care my chum!).

Thanks also to players who did not participate in the playoffs, but who have played with the team during the season: Patnitrof, Vluff, Lsp16, Shawn Tavares, Maxime Thériault, Kevin Gagnon, Yan Laneuville, Jean-Philippe Auger, Rockstar, MrLespipes, Chabz2001 and Vook.