Details
Category: Poker and media
14 May 2013
In: News
0 Comments
Share 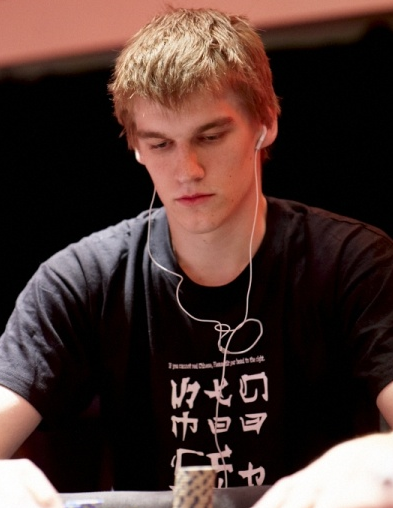 Scott Palmer is less known than Viktor Blom in the world of online poker, but the course of 2 young men is not so different. In both cases, one could speak of child prodigy of poker. At age 18, he deposits $ 90 online and began to play the NL50 (bankroll managment was probably not his strength at the time) and goes up to $ 2 / $ 4 in 1 month. Twelve months later, he already played the $ 100 / $ 200 against the best players in online poker. In 2010, he became specialist of the OLP and plays to the highest limits.

After black friday, it was completely destroyed with a bankroll of more than 1 M$ that is frozen online (according to some speculation). In this regard, he said to iGaming.org: "from what I've heard, only a person could have more than me [probably jungleman12] site." The amount is huge, I don't want to reveal it, but if I don't get my money, there is little chance of review me a day on portions nosebleeds".

After black friday, rather than move out of the United States as several pros, he decided to concentrate on Starcraft! In his words, this game fills 2 passions: the computer and the fact to dominate others, winning. This is what always motivated him to poker. He's not playing to win money necessarily, it plays to be the best and dominate his opponents.

To think of it, Scott moved a bit regret not having to continue to play poker online, but here a few weeks, he'd do it to continue to play poker online. Obviously, with more than a million of frozen online it cannot play the highest limits at Full Tilt Poker, but he'd begin a new challenge: start at the 50nl and climb up to the highest limits while waiting to have access to his money.

It will be interesting to follow its ascent when he will be back on the tables!

In the meantime, discuss this news on PokerCollectif forums: Scott "urnotindanger" Palmer wants to come back on the tables!