Article by Jean-Francois Mercure (Kidam) based on reading the book "The Game: luck or strategy"
Following my reading of the book game: luck or strategy, I would like to discuss a subject more or less understood poker players in general: the variance. Several players are using the excuse of "variance" to justify their lackluster results in the short or medium term. But is it always the fault of the variance?

Following my reading of the book game: luck or strategy, I would like to discuss a subject more or less understood poker players in general: the variance. Several players are using the excuse of "variance" to justify their lackluster results in the short or medium term. But is it always the fault of the variance? The answer may be difficult to give. To actually talk about variance, you need a short, medium or long period of time, lose money when you have more skills that players who you're playing against. You must also obviously play a game of skill against other players with profit potential (game category that opposes games against the house without address or necessary potential profit and games against address quasi-home without potential profit). You must also be able to quantify your expectancy gains against these players in order to better assess the variance. You must also be sure that you always play your best poker and you have made ​​very few errors.

But what precisely the variance? In specific terms, the variance is used to characterize the dispersion values ​​relative to the average. The variance observed in several disciplines, but it is precisely from that in the poker world that I want to address in this article.

The example of the dice

To begin, I would like to give a very simple example (see childish) of what the variance for those who are not familiar at all with it.

Take a 6-sided die. You start; what are the odds of getting the number 1? The number 6? A course of six (or 16.6%). In other words, if you roll a die 60 times, you should "theoretically" get ten times the number 1, number 2 ten times ten times the number 3, etc.. But any logical mind understand that in reality it will very rarely so. The number 1 could arise 25 times out of 60 launched. This is not something impossible. This is something unlikely, but not impossible. In other words, 15 times more than it is mathematically supposed to happen. It is this gap that is called "variance". The variance will be smaller more repetitions will be large (eg if a die is thrown 500 million times, it can be expected that the number 1 is drawn almost 6 once with low variance). It was possible to roll a die to infinity, it would be theoretically correct to say that the number 1 is drawn accurately and precisely 1 out of 6. It is important to note that the variance is not a synonym for chance. Chance to decide how much a specific time will be launched as well as the long-term frequency of redundancy. Variance as we have said is the deviation from the average.

The variance in poker

The variance in poker it is about less clear and simple to understand, and for several reasons. Poker is a skill game potential profits with a share of chance (as opposed to shooting the dice which notes that chance). Chance in Texas Hold'em is present in many aspects of the game, for example, on each hand, each player receives two cards face down. These two cards are dealt randomly. The player has no control over the selection of these cards; it receives two cards that the dealer has delivered him at random. Decisions come back to him after receiving the cards. It may for example decide to play or not this hand. The way he will play his hand if he plays will leave at its discretion.

He will receive a pair of aces, for example, 1 out of 221 ​​(average of course). Course of 221 ​​hands, he may receive 3 or more times a pair of aces if "lucky" and any time it is "unfortunate". Whatever the result of the hand (what happens preflop, flop, etc.), a player can "runner bad" (large unfavorable variance) or "runner good" (large favorable variance) in the mere fact of receiving roughly 1 both 221 aces. The fact that he wins or loses in each case with that hand will not be taken into account. It can also receive several bad starting hands, but improve his hand in excessive proportions (eg flops can often be favorable for the player).

The dynamic impact of random

According to the author of the book, Claude Boutin, Texas Hold'em, chance is in a "dynamic impact". He explains:

When the address gap between players is large, the impact of chance on the results loses its importance. On the contrary, when there is equivalence between the players address the impact of random increases. It always takes several poker hands to properly assess the effect of chance.

In other words, the gap in ability between players, the less variance will be larger and the gap of skills is, the smaller the variance will be. Being able to identify the skill level of his opponents is important in poker and this inability necessarily increase the variance of a player. If you are still surrounded by players better than you, you'll feel like a poor victim of variance and bad runner more than anyone.

The variance in poker can be understood as an hourly rate. A winning player who would win something like $ 50 / hour on average, may, during a session of 4 hours for example, have won $ 100 first hour, $ 50 lost the next hour, earned $ 200 l time and after having lost $ 50 in the fourth hour. This is only one of possible opportunities. It could very well have won $ 100 each time or lost $ 100 every hour. The difference between the actual hourly rate (hourly rate based on thousands of hours of play) and his hourly rate in the short term, is what is called variance. Claude Boutin about this:

"The variance is a measure of the dispersion of good and bad results of a player compared to its average results per hour of game This is a mathematical measure of the risk level of a player. It depends a host of factors that may be beyond the control of the player, including his style of play, the dynamic nature of the impact of chance, the type of game in question, made ​​possible (with or without limits), etc. ".

A player can lose money poker for several reasons:


One can cancel the other. In other words, if you are the best player at the table, but you're unlucky that night, you might not make money, or worse, losing money. It is assumed however that all poker players who played the same number of hands during their life will be as good than bad passes and it will be he who has made ​​the most of his good passes and managed to avoid damage during bad times who will win the most money in the end.

Luck or bad luck appears in many forms. You can get a pair of aces more than once on 221 (luck), but losing 5 times with this hand (bad luck). You can get several times a pair of kings (luck) and you find every time against a pair of aces (bad luck). You can also be very lucky in 10 small pots in a very unlucky one evening and only once, but in a huge pot. Despite strong recurrence of luck, you can still finish your evening in the red.

You can calculate (this tool is nothing scientific or precise) roughly variance with your tracker Hold'em Manager. This tracker works with the principle of Sklansky bucks. To understand this principle, an example is needed.

You are heads-up against your opponent.
You have a pair of aces preflop 4-bet and your opponent. You push all in and he called with KK. You then invested $ 100 (you are 100BB deep in NL100) when you were 83% favorite. Your opponent flop a square and you lose the hand. You lose $ 100 and win 83 Sklansky bucks. Your EV will be $ 83 and your actual earnings will be $ -100, a difference of $ 183. Watching your EV vs your actual earnings, you will see a difference. It is this gap that the variance is called. Watching your Hold'em Manager, you can always track your actual earnings versus your EV. The EV is an indicator of "run good" or "bad run".

The important thing here is not the result (loss of $ 100), but the fact that you have invested $ 100 with 83% chance of winning the hand. You played well even if you lost.

The EV has several problems. Do that here. If you are five times heads-up with KK and each time you encounter a pair of aces, your EV will probably be neutral, in other words, you will have earned one pot and you will have lost 4 (the law of averages). For cons, the meet whenever AA or KK is very unlucky and EV will not take them into account. The only thing that interests the EV is that you went all in each time with 17% equity. You will comply with your EV (you are not lucky, or unlucky), but you will still have the misfortune to come across a pair of aces more often than not your turn.

Obviously, being runner Good or not is not just calculation observing all in won or not; it is much more complex and this article does not purport to be around the question, far from it.

A similar principle can be observed in the slot machines. A player knows that in the long term, it will lose about 5-6% of all the money he invested in the machine (in other words, the machine has an edge of 5 or 6% on the player). Expectations over the long term -6%. But it is not impossible that evening he wins $ 500 with $ 15 invested. The variance in slot machines is easier to understand because the player has no decision to make.

It is not always easy to determine why a session ended badly. Have you been a victim of the variance? Have you played badly? Were you surrounded by sharks at your table? I think it is important after each session to ask about it and find the real causes of failures and not always blame the variance. Better understanding certainly helps to identify when it strikes and improve as a poker player. An objective look is necessary if we want to progress. 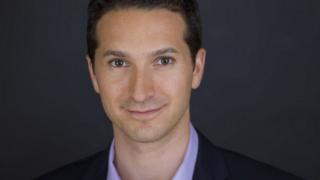 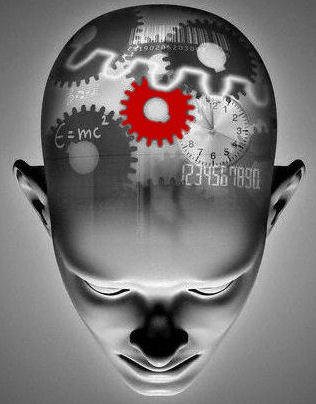 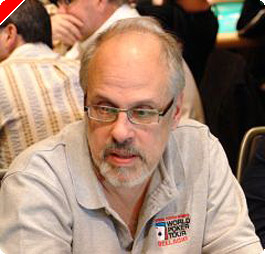