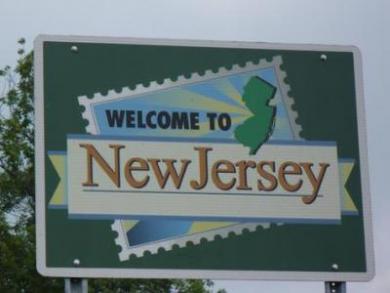 Last December, PokerCollectif spoke you of the possibility that online poker became legal in the State of New Jersey. Yesterday, a giant step was made in order to regulate it. At this stage, the Bill must still undergo some amendments, but its ratification is coming soon.

Following this new PPA (Poker Players Alliance) proved to be very pleased by the new.

Let us recall that in last December, the Senate of New Jersey adopted a draft law to regulate several casinos in line, whose poker games. The text then took the direction of the office of Governor Chris Christie, the latter enjoying a period of 45 days to ratify or legislation.

Yesterday is that this 45 day period expired. Our attention was therefore paid to this Governor who, in 2011, had already had the opportunity to use its right of veto against a similar Bill.

The text will be subject to a few amendments, but could be adopted by March 18. When these amendments will be carried out, Bill will be resubmitted to Governor Christie.

Following this news, the Executive Director of ASF, John Pappas, said: "even if the elected officials of New Jersey still have work before that this project becomes a law, we consider it as a victory for residents of the State. Now New Jersey is positioned to become one of the leaders of an innovative online games market and pave the way for other States".

New Jersey is the third U.S. State to be engaged in online poker legislation after Nevada and Delaware.

New Jersey account 9 million inhabitants, is much more than the State of Nevada and Delaware. It is in New Jersey that is located the ancient capital of gambling, Atlantic City.

This news is good also for PokerStars which is about to redeem the Atlantic Club Casino Hotel in Atlantic City. This transaction would allow PokerStars to apply for a licence of operator in New Jersey. To obtain a licence, PokerStars will first have to persuade the control board games of New Jersey of the merits of its intentions to make us forget that it was a "bad actor". Operators wishing to obtain a licence to practise in the future U.S. regulated market must have a partnership with a casino hard.

Another important point: there would be sharing the pool of players, which means that residents of other States regulated can theoretically sit at the tables of the operators in New Jersey.

Discuss this news on PokerCollectif forums: Online Poker in the USA: coming to New Jersey!