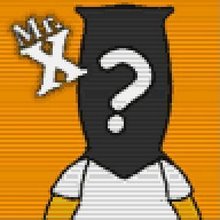 Obviously, when a new face enters the world of the highstakes, it's always much talk. Who is RaiseOnce? Rumors want to whether one of the figures associated with Full Tilt Poker for a long time, i.e. the great Phil Ivey! It is same that his Wikipedia page tells us. The rumor has not been confirmed 100%, but several people on Twoplustwo have done large research to arrive at this conclusion.

If we look at the location of the player, we can see "Mexico". We know that Phil Ivey has a secondary residence in the Mexico, which increases the suspicion...

According to people who have followed the duel between Galfond and (possibly) Ivey, Ivey has been very unlucky. Seen here lose a very big pot on which would be a 50-50 (according to its range):

The account "RaiseOnce" dated June 2009 and this is not the first time it is assumed that it is Phil Ivey.A the time, the indices we have put on the track were: two "Phil Ivey" on Full Tilt and "Raise Once" on Pokerstars accounts have lost and found their internet connection simultaneously. It is said also that the habits of games between these two accounts were disturbing: even limits, same variants, same style of games, etc.

Discuss this news on PokerCollectif forums: which is 'RaiseOnce' on PokerStars?